Oyabun Daizo is the Street Boss for the Choppers Clan and while quiet and calm of nature he is not to be underestimated. Those that do find themselves on the wrong side of his short sword.

Bladimir is the Street Boss for the Brawlers Gang and rules the streets with an iron paw. His Caporegime wants things running smooth and he’s not averse to smoothing things out the hard way.

Bun Vito is the Street Boss for the Diggers Crew and coming up from nothin’ on the streets of the Bunderworld, he commands respect from inside his family and from without.

Upgrade your traits for life with these limited edition Season 1 Skins.

Upgrade key traits across all of your cards. Select which traits and where. Go for matchy-matchy or completely mismatched and crazy, it’s up to you. One thing’s for sure once the seasons over you either got em or you don’t.

UNLOCK MORE REWARDS WITH XP:
MAKE ALL YOUR EFFORT COUNT!

The Genesis Battlepass also gives you exclusive access to Accelerated XP Rewards. Upgrade your traits with a skin, mint or open a pack (the battle pass will be retroactive and count all packs minted or opened to date), play one of our upcoming mini-games, participate in Alpha testing (you get the idea) and you’ll reap the most awesomeness Season 1 Rewards. Earn emotes, game mats, exclusive cards, free packs and cabbage and much more. 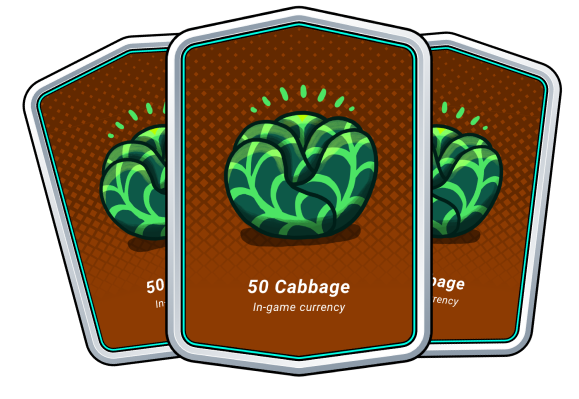 Season 1 Battle Pass is your best source of Cabbage.

Cabbage is needed for fusing and other upgrades and drops only in card packs. Secure a steady source for this most nutritious currency with your Season 1 Battle Pass.